We at the Barnsley War Memorials Project want to remember everyone from Barnsley who served in any capacity during the First World War.  Soldiers, sailors, airmen, nurses, munitions workers, agricultural workers, women left to manage their homes alone, mothers, fathers, wives and children. Our Roll of Honour will include anyone who was born in Barnsley, or who lived in Barnsley (modern MBC boundary) when they enlisted, or who is remembered on any of Barnsley's 600+ war memorials.

But there are a few really important events within the greater scope of the war which, in our opinion, require especial commemoration.  The beginning of the Battle of the Somme in July 1916 is one of these.

This simple graph tells you why.

Do you see that tall blue spike? It marks the month of July 1916 when 500 Barnsley men lost their lives.  Nearly 300 of them were killed on the very first day of the Battle of the Somme!

That level of loss was never reached again (thank goodness!) but imagine how that must have affected families across Barnsley.  This was not just a one off event, the effects would have continued for the lifetimes of everyone concerned.  Wives lost their husbands, children lost their fathers, mothers lost their sons.

Many men who were wounded during the battle, which continued until November 1916, taking the total Barnsley killed and missing to over 800, suffered for years afterwards, often dying before their time with their war contribution unrecognised, except occasionally by a mention on a local memorial. The deadline for  Commonwealth War Graves Commission recognition is 31 August 1921 and men who died after that, even if it was from their wounds, have no CWGC stone over their graves.

We are working with groups from across Barnsley to record, research and commemorate Barnsley's participation in the First World War.

We are participating in the Imperial War Museum's Lives of the First World war project to remember everyone who was touched by the war and their War Memorial Archive to record all of our 600+ memorials and the names upon them for posterity.

We should by now all be familiar with the stories of the Barnsley Pals, but the 4000+ fallen Barnsley men we have now recorded on our master spreadsheet joined 139 different regiments, with 1522 of them spread across many different battalions of the York and Lancaster Regiment, not just the 13th and 14th which formed the 1st and 2nd Barnsley Pals.  Men from Penistone generally joined the 12th York and Lancaster, the Sheffield Pals, many miners joined the King's Own Yorkshire Light Infantry or served in the Royal Engineers. 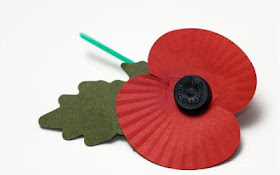 We must not forget the contribution and sacrifice made by every one of them.


Barnsley Council are not planning any large municipal event in July 2016.  Many of our Councillors will be attending an event in France on weekend commencing Friday 1st of July, but for the rest of us, how will we mark these dreadful days?


If your town, village, community group or church is planning an event to mark July 1916 please let us know and we will spread the word across Barnsley.  Contact us at BWMP2015@gmail.com

If your group is researching WW1 and would like to know what information we hold for men from your area please get in touch, we would be happy to share everything we have collected so far and can easily sort our data by village, parish or a particular memorial.

Not Forgotten - Men not Named on Barnsley War Memorials

This is a page for Barnsley connected men and women who fell in the First World War who are not remembered on any War Memorial in Barnsley that we have found so far.  We currently (May 2016) have over 700 names listed on our master spreadsheet of servicemen who were born in Barnsley or who lived in Barnsley when they enlisted who are not named on a memorial.  Some ARE named on memorials outside the Barnsley MBC area, but we want to include everyone who fits our criteria in our Roll of Honour. Each name will be individually checked before adding to this page.

We also intend to include war related civilian deaths and the deaths of volunteers, nurses and war workers.

Please let us know if you have a relative who you cannot find on any of our pages either here, on the website by using the search box on the right, or in our folders in Barnsley Archives. You can contact us at bwmp2015@gmail.com

Their names will be "Not Forgotten" by us or their families.

If there are words in blue it means there's a link to further information and/or to the solder's 'Life Story' on the IWM's Lives of the First World War website, where you can add your own photos and stories to the man's record.

Benjamin Govier Private 14/1071 14th Btn York and Lancs Regt
Killed in Action between 29 June 1917 and 2 July 1917
From Shafton, remembered on the Felkirk war memorial just out of our area

Joseph Swift 48300 Rifle Brigade
Killed in Action 28 May 1918
From Silver Street, Barnsley (probably not the J Swift on the Cordwainer's Memorial Scroll as this Joseph was a Monumental Mason in 1911)